Chester Dewayne Turner, also known as The Southside Slayer, is an American convicted serial killer. On April 30, 2007, he was convicted of the murders of 10 women in Los Angeles, and was also found guilty in the death of the unborn child of one of his victims. He was convicted of 4 additional murders on June 19, 2014. 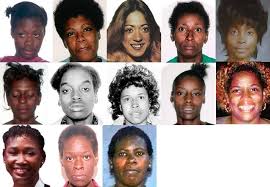 The story is set in South-side Los Angeles, CA. It turns out there were 5 serial killers operating at the time in the same area.  Turner has been connected, through DNA, to 13 murders that occurred in Los Angeles between 1987 and 1998. Eleven of these murders took place in a four-block-wide corridor that ran on either side of Figueroa Street between Gage Avenue and 108th Street, which is referred to as The Figeroa Corridor. The  area is still notorious for prostitution, drug crime and violence. Police have said they believe there were several other serial killers operating in the South L.A. area frequented by Turner.

Map of the Crimes.  Photo courtesy of Learning History article: “Chester Turner: One of the Most Prolific Serial Killers” 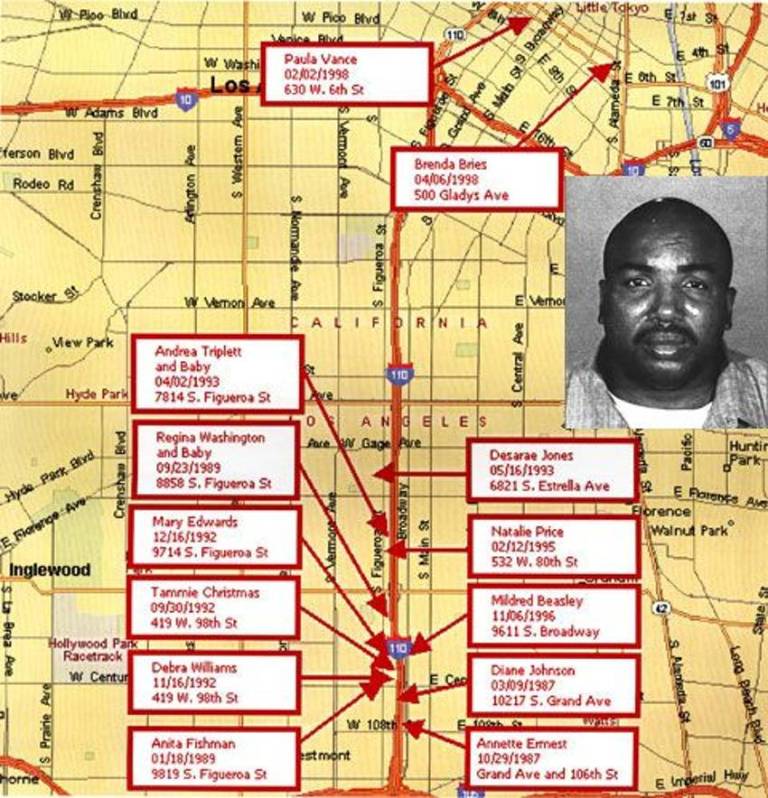 Article by Matt Davis: “Teen with lack of social boundaries grew up to be one of America’s most prolific killers” http://www.lifedeathprizes.com/real-life-crime/chester-turner-serial-killer-and-strangler-16565#BSmvyTq2qTxR11K0.99

Article in LA Times by Andrew Blankstein, Anna Gorman and Evelyn Larrubia, “How Wrong Man Was Convicted in Killings”: http://articles.latimes.com/2004/oct/25/local/me-serial25

One thought on “E6: Chester Turner AKA The Southside Slayer”